The shocking murder of Sarah Everard has prompted Boris Johnson to  speak out about his “determination to drive out violence against women and girls and make every part of the criminal justice system work to protect and defend them”.

In November  2017 I wrote about the #metoo movement, trying to tread the finest of lines. Trying to affirm everything that women in the media had said about the abuse that they had suffered, without even a suspicion of whataboutery, and yet also to point to women who were not part of that debate. To say not ‘Yes, but…’ rather ‘Yes. And…’. And here we are again. 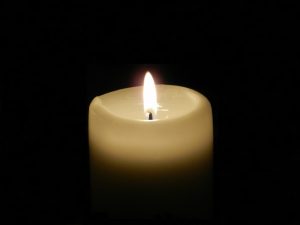 Women, of all classes, ages and ethnicities, routinely feel unsafe in this country and that is appalling. Any man who responds with #notallmen really needs to take a long, hard look at himself, and do some fundamental re-evaluation. Women should be safe and feel safe on any part of our streets at any time of the day or night. All women. Our culture and our legal system should reinforce that. As the Prime Minister indeed says.

A woman who has had an asylum appeal turned down will be evicted from her accommodation and all of her money will be stopped. She will be on the streets and desperate. Can you imagine a more unsafe situation? To be so desperate that you would have to consider any offer of a roof over your head from a stranger, however conditional; however fraught with danger? In the words of a former Hope Projects resident

“As a woman, destitution means exploitation and opens doors to a series of abuses that we often feel ashamed to talk about… The reality is that without Hope Projects, I would have been one of many women forced into prostitution or modern slavery. After all, what choices do we have?”

It’s not an accident that this happens. It’s the stated policy of the Home Office designed to force people to return ‘home’. And because it’s not an accident it can be stopped. We can simply say that whatever a person’s legal status we will ensure that they have a roof over their heads and enough food to eat. Indeed, during the pandemic we have done this under the banner of ‘Everyone In’. And the tragedy is that, as we slowly move out of the pandemic, and at the same time as the Prime Minister pledges to make every part of the system work to protect women and girls, the Home Office is planning the detail of how to go back to evicting women (and men) onto the streets; calculating that the risk of violence and exploitation that they will obviously face is a price worth paying.